I was reading Lirael by Garth Nix, and as I started reading Chapter One, I noticed with a sort of jump that the chapter was titled “An Ill-Favoured Birthday”. I say I noticed with a jump because… well, Lirael is the sequel to Sabriel, right, and while I was reading Sabriel, I could have sworn I never once took notice of any chapter titles at all. So I thought, oops, did I just completely miss out on the chapter titles in Sabriel? I MUST HAVE. Now this is not entirely implausible, because I’ve been known to miss chapter titles in the past.

So I started trying to make an effort to read every chapter title in Lirael, but I’m pretty sure I’ve still missed a few. Whenever I start a new chapter my eyes just tend to glide straight down to the text. I have to really pay attention and put effort into reading each chapter title, or else I’d just forget it.

BUT THEN I GOT HOME AND I REALISED SABRIEL DIDN’T ACTUALLY HAVE ANY CHAPTER TITLES AT ALL. PHEW. Just plain old “Chapter One”, etc.

So this got me wondering. What do you think of chapter titles? Do they really do anything for you most of the time? I really don’t think chapter titles have ever made much of an impression on me. I try and think back, and literally the only chapter titles I have any memory of IN MY ENTIRE LIFE are the ones from Howl’s Moving Castle by Diana Wynne Jones, which all started with “In which”: “In which Sophie talks to hats”, “In which Sophie becomes Howl’s old mother”, etc. etc. (NO OF COURSE I DIDN’T RECALL THOSE FROM MEMORY, I just found a website that listed them! Don’t be silly, I can’t remember anything.)

Okay, that and Ultraviolet by R. J. Anderson, but I only read that one a couple weeks ago. I remember very clearly the title of the prologue: “Zero (Is Translucent)”. And on each chapter went: “One (Is Grey)”, “Two (Is Red)”. For the first few chapters I think I still hadn’t realised the significance of the chapter titles, but then I understood that it was because the protagonist had synesthesia, and the chapter titles were telling us how she perceived the numbers. WHICH WAS REALLY COOL. But after the first few chapters my attention started to slip and I stopped reading the titles again. Oops.

Do you remember any particularly awesome chapter titles? Do you always read chapter titles or not? Would you rather a book have them or not have them?

All right, I can’t be the only person who finds this annoying… 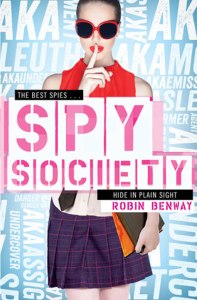 END_OF_DOCUMENT_TOKEN_TO_BE_REPLACED

I was too busy thinking about how to write a review for Half Bad. I get really excited about writing reviews! So I feel like my mind was racing because I had just finished the book and I was trying to put all my thoughts in order so I could just get ready to write the review when I got home. So maybe it didn’t used to be this hard to start reading another book immediately after finishing one, back when I didn’t write reviews? But I don’t really remember… And also, back then, I don’t think I really tried to read so much that I’d have to pick up another book immediately after finishing one.

My question is: do you find it difficult to dive into another book straightaway after you’ve finished reading one? How long do you normally give yourself between finishing one book and starting another? Does it vary, depending on the book? Does finishing a really good book make it harder to start a new one or not?

A book blog of sorts written by a 21-year-old Classics student called Cynthia who hops between England and Hong Kong. A lot of YA, a lot of fantasy, and all the queer characters ever. Come say hi!